Confined to the Underworld and unable to walk the Earth, ha-Satan frequently uses Baphomet as his avatar to physically crossover to Earth and infect the spirit of man.  It's believed there are two types of portals that Baphomet uses to enter Earth: (1) crossing portals and (2) incursion portals.  Crossing portals have existed since the days of the Great Flood and are primarily related to tombs and monuments from ancient civilizations.  It is theorized there are eight crossing portals around the world that Baphomet uses to enter Earth, and so far five of the eight have been identified:
The remaining three crossing portals are believed to be in South America in Brazil, the New England region of the U.S., and in Western Africa in either Benin or Togo.  Incursion portals are a recent phenomenon that have yet to be fully differentiated from crossing portals or explained by scientists. To learn more about each of the known crossing portals click on each location below. 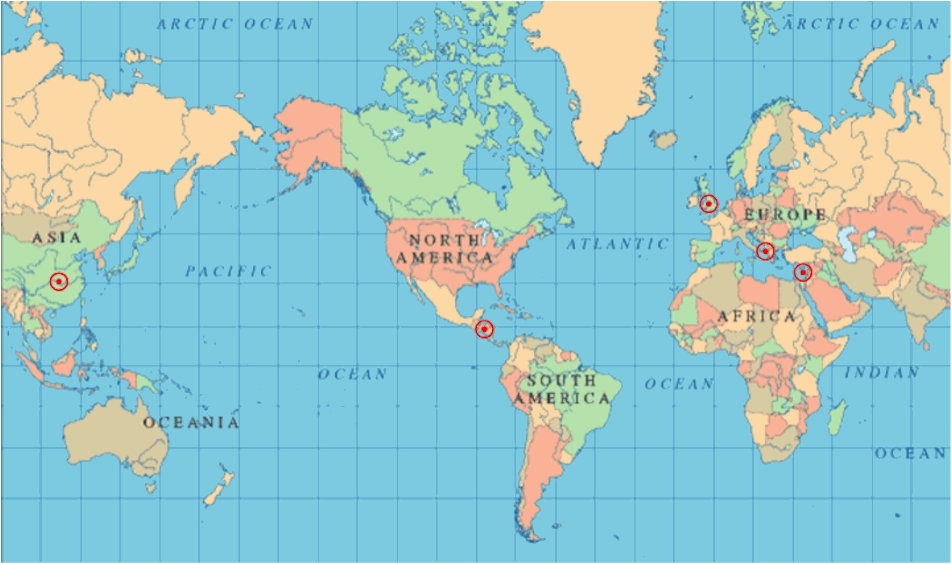 Go Back to Baphomet